What Is A Sissy?

Have you wondered if you were a sissy? What is a sissy, anyway. Perhaps someone has called you one and you aren’t sure what they meant.

What Is a Sissy in a Societal Context?

If you asked someone who did not consider themselves a sissy, the word isn’t a very nice one. It means an effeminate man, one who is weak, who cries easily, and it just not manly.

But, what about when you embrace those traits?

Sissies in a Sexual Context

Sissies are often sexual. They might enjoy being called “sluts.” They might be straight in their manly lives, but want a man to take care of, sexually or otherwise, in their fantasy lives.

They might also be lesbian in their fantasy lives. (This can get confusing!) A lesbian sissy is an effeminate man, becoming (through fantasy, dress, or actions) feminine and wanting to have sex, play sexually, or having sex with only females.

Sissies typically find the clothes, mannerisms, feminization, and/or activities arouse them sexually. Sex fantasy or real life sexual activities can be an important part of sissies and sissy play.

One Last Note About Sissies

You are the only one who can officially call yourself a sissy. Others who hurl the word at you as an epithet can fuck off. If you feel you are a sissy, whether you dress in women’s clothes or not, then you are a sissy.

Self-identification using labels is an individual’s right, including not embracing any label at all!

If you call yourself a sissy, embrace all that entails! Grab what you want of the experience and, most of all, have fun! 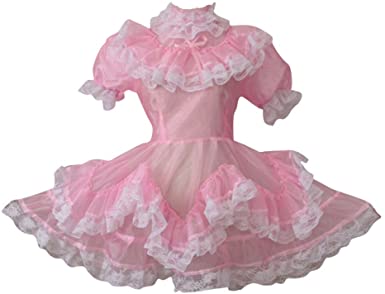