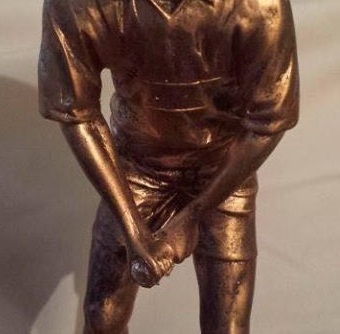 One of the most fun parts of the party was when the folks who run the show had party games to play. Naughty versions of regular party games of our youth. 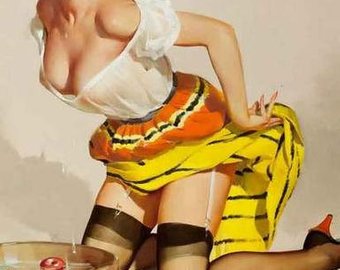 Six naked men sat on the couch and the one chair on either end of the couch, flaccid cocks at the ready. Then each contestant would, quite literally, be Bobbing for Cocks. Oh, and the contestant had his or her hands tied behind their backs with a black and orange satin ribbon.

The men were not allowed to touch their cocks… er, help… the contestant along, either.

The goal of the game was to keep as many of the six cocks hard as possible.

And the women (and one man) who played, myself included, hands tied behind our backs, quite literally bobbed our heads up and down, moving from man to man, sucking to make his dick hard, then moving down the line to do the same to the others.

Let me tell you, it was like spinning plates on the Ed Sullivan Show. Leaning over, mouth groping for semi-hard (or completely soft) cocks and then sucking, moving up and down, as fast as possible so the ones before didn’t get soft waiting their turn.

And can I say just how difficult it is to have one’s head bobbing up and down, mouth open and giving head while also laughing like a hyena?

I’ve told this story to a couple of people and the question always is: Did you win? Of course not. 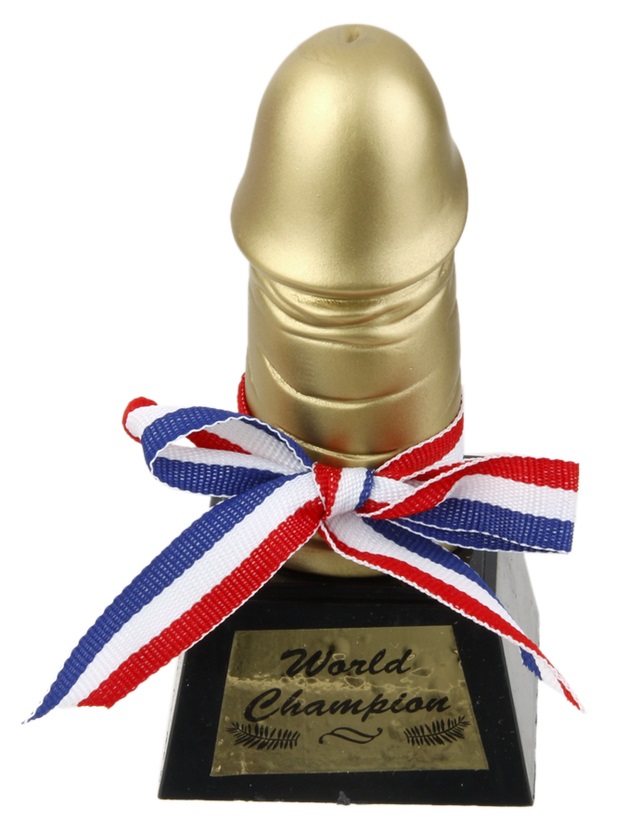