For My Hamper Divers! PLEASE READ!

You know I looovvvveeee when we talk about you hamper divers, but I must caution you NOT to break into someone’s house and steal them!

This judge outside New York City was arrested for doing just that.

(District Judge Robert) Cicale was arrested on March 29 after allegedly breaking into a neighbor’s house in East Islip. A 23-year-old woman was home alone at the time and identified Cicale as the intruder, according to media reports.

Cicale was allegedly in possession of soiled women’s underwear when police arrived at the scene and told police that he had stolen the garments during previous break-ins.

A caller told me about the news coverage in and around New York City and how it has been merciless with judgment and laughter. The judge himself talked about the compulsion to get the soiled panties, how overwhelming it was.

We Mistresses totally get it. We understand those drives to find dirty panties and do naughty things with them. We know how tempting it is to dig into your boss’ wife’s hamper when you are over there for a pool party. We know all about how you “borrow” your family member’s panties for a while, returning them when you have filled the need that ebbs and flows.

Depending on where the hamper is might help you make the decision about whether you give in to the compulsion or not. 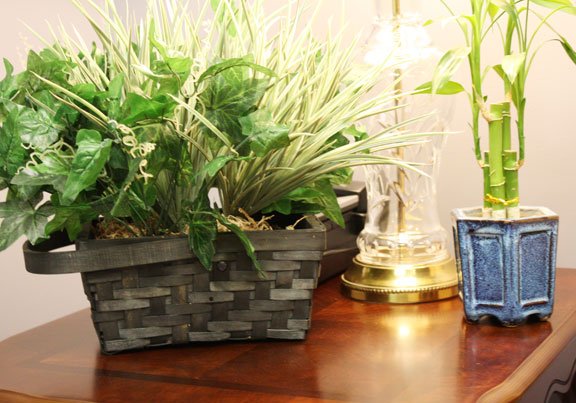 Hidden camera in the houseplant. You would never know if you were not told.

Many, many people have cameras around their homes now. They can be obvious like a ball attached to the wall or sitting on the TV, or it can be as hidden as in an outlet socket, in lamps… even in toys that happen to be laying around on the floor.

The one place hardly anyone puts them is in the bathroom, unless, of course, they have a whole different fetish. If the hamper you’re eyeing is in a bedroom, be very cautious about digging in there lest there be a camera close. If it is in the bathroom, close the door and you might be safe, but I wouldn’t put it past anyone really suspicious or naughty to put a cam in there as well.

I would never tell you not to indulge, but I beg you to think even as your compulsion is driving you towards those dirty panties.

We Mistresses care about you too much to see you get your face in the newspaper.