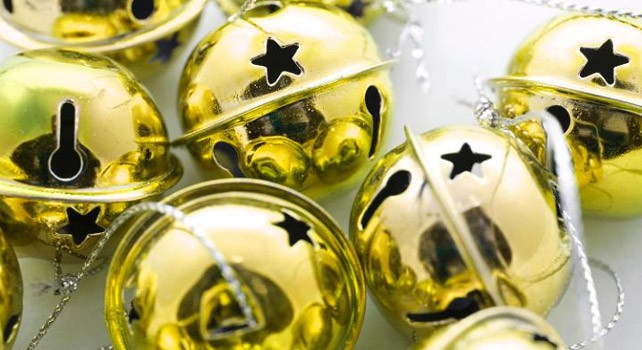 What with the holidays coming up, there are always lots of parties to attend. My favorites are the kinky parties; I could not wait to bring my new subbie boy and show him off to my Mistress friends.

My friend Layla was having a Holiday Party, covering the variety of holidays in December… but if you just needed an excuse to be kinky, this was it! We were encouraged to dress festively and when the day arrived, I dressed like a Sexy Santa. I had my subby boy dress like an elf with this jingle bell collar on, giggling about what I had planned for later.

Going through the door, a mass of contrasting religions, rituals and secular practice decorations bombarded us with sights and sounds. Music was loudly playing Chanukah music… well, it was a second ago. Now, it’s Christmas music. I see the Kwanzaa candles on the fireplace hearth, the Chanukah Menorah on the dining room table. I  loved the variety already.

All the submissives were required to help in some way… in the kitchen, getting the dining area in order, making sure wax didn’t drip on the floor or piano… and my elf knelt at my feet and his big brown eyes pleaded with me to be let loose to go help the others.

Before I unleashed my pet, I wanted him to jingle just a bit more than he was with only the collar. I had him sit on the couch and I put these bell anklets on him.

I had him get up and walk around the living room so we could all hear the bells he was wearing. Ehhh, not loud enough. I whispered to a couple of my friends, asking if they thought he was jingling loud enough. They frowned and said, “I don’t think so, either.”

I called my boy over and told him to take his elf pants off. He did not hesitate even though he knew he had no underwear on (good boy!). I took his cock in my hand and put an LGBTQ bow on it. Now, my boy does not identify as queer, but he also does not align with religious holidays, so I thought this bow would look pretty sweet on his dick. 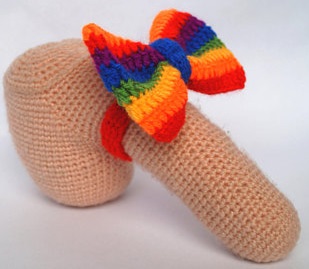 After the bow was in place, I told him to get on his hands and knees, and again, he dropped down onto his hands and knees without a moment’s hesitation. I pulled out a toy that made my friends laugh hysterically; my sub knew better than to try and look up to see. I whispered in his ear that I was going to insert something in his bum and he nodded his understanding.

Putting on a glove, I squished lube onto my forefinger, then tickled his butthole before sliding my lubed finger inside, getting him nice and slippery for his new toy. 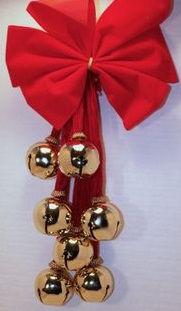 The red bow held the large gold bells, so if my submissive took any step at all, we would hear him from all over the house.