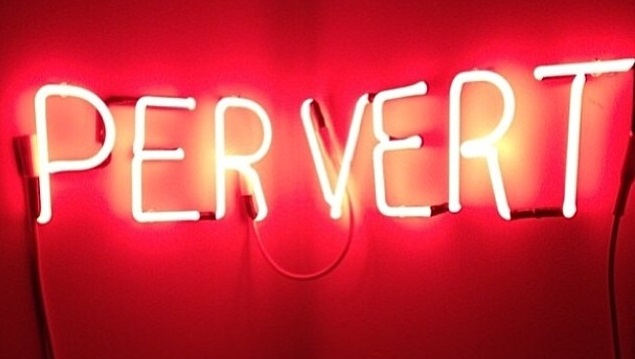 I’ve been called a pervert for most of my life. 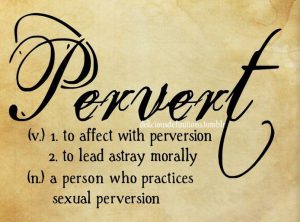 Definition 2: A person whose sexual behavior is regarded as abnormal and unacceptable. synonym: deviant

Definition 3? Let’s poke around and see what other dictionaries say.

blinking after looking at the Urban Dictionary definitions

Do NOT look at Urban Dictionary! They make a pervert sound like a degenerate. I know I am not that kind of perv… and doubt you are, either.

How about my definition! 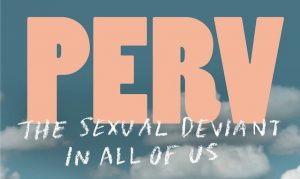 Pervert: Someone who has sexual proclivities that are outside of what society would call “the norm.” However, research shows that “norms” are so skewed, nothing (legal) can really be called perverted.  We can call ourselves a pervert, naming our own craziness, because we can. But when others hurl the word at us, it is imperative to turn around and answer, “Why, thank you!”

Our repressed culture’s definition of pervert would look absurd in other cultures. Europe is much more open sexually than here in the United States. East Asia is also far more open than our western countries with regards to “deviant behavior.”

I’m hoping that by now you know if I call you a pervert, you see I mean it as an extreme compliment. Use it freely with me and others who are as perverted as I am. 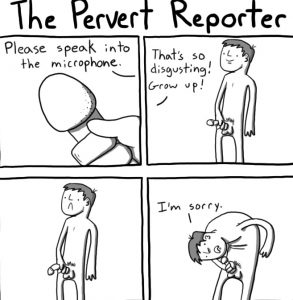