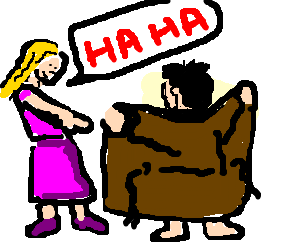 In “Scanning the Sex Party Participants,” I began the story of part of my evening at the Sex Party a couple of weeks ago. Ending with my peering into a man’s silk shorts, then demanding he take those boxers off.

“He inhaled deeply, then pushed his pants downward…. “That’s IT?! That’s all you’ve got to offer?! No fucking wonder you were hiding your genitals!” I began laughing… and the more I laughed, the larger the crowd around us grew. Grew… something his little tiny dicklette, clearly had not done.” 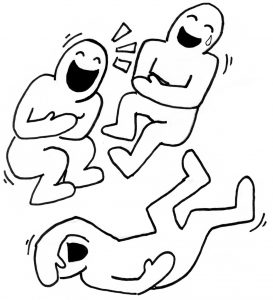 It was clear this older man really got off on people laughing at him, it was yummy that 10-12 of my friends created a half-circle around us, this guy the literal center of SPH attention.

Standing next to him, I wanted a closer look, couldn’t quite see what had (not) grown between his legs. And he was some paunchy which kind of sucks up the skin as well.

People were around us, chuckling and I asked, “May I?” pointing down to his groin. “Yes, Mistress,” he said. Ha! He had quickly deduced my place in our brand new relationship (however long or short it might be).

I knelt down, examining him -without touching- (who wants to do anything with something that small?!). Looking up at his face, then down to his dicklette, then up to his face again… then turning my head sideways trying to grasp what I was (or was not) seeing.

The 7-8 people still there around us busted out laughing. He stammered, “No, ma’am,” and used his hands to lift his junk-ette up and, for fuck’s sake, he did have balls. Well, almonds, maybe? I could never really call them testicles. snortylaugh When he dropped his flesh, the tiny nuts disappeared from view once again. I shook my head tsk tsk tsking before standing up.

Bring Out the Colander

I said earlier, he was erect from all this SPH attention, but let me clarify. pondering  I think “erect” is an overstatement. His tiny micro-micro penis was more like a piece of penne pasta, kind of al dente.

But, it was not the kind of pasta anyone would want to nibble on. Or put in their pussies.

Everyone had a great time; they with hilarity at seeing something so odd and our penne-boy getting his delicious quotient of SPH.

As usual, I had the very best time of all! 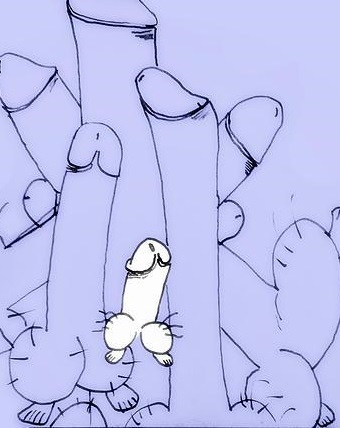