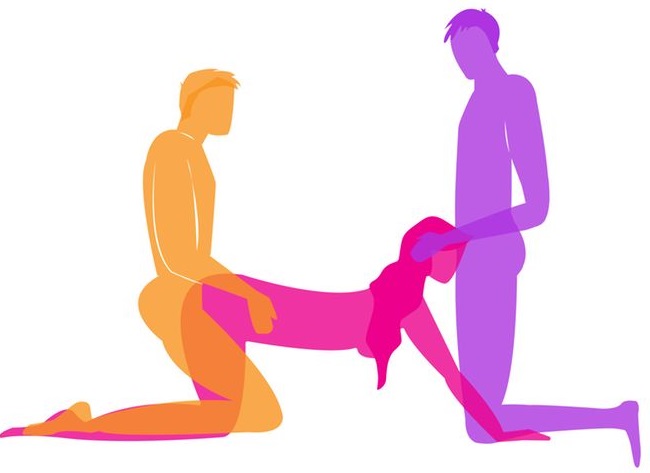 In My subby boy at the Sex Party, we left off here:

On the bed was one woman and two men, completely naked of course. There was another woman standing beside the bed, tightening a harness around her waist….

And I asked what did you, the reader think we saw. Now, I get to tell you what really happened!

The Rest of the Story

My subby boy, dressed in a jockstrap with a pink-colored part covering his dick, stood watching (and nearly drooling over) the unfolding scenario on the double-king-sized bed.

Knowing these folks, I leaned over, leaving my boy back against the wall and asked a favor. They laughed and agreed wholeheartedly.

I returned to take my boy by the wrist and told him to climb onto the enormous bed… his face lit up like the sun had just hit him!… and I snortylaughed and said, “… move the pillows and sit with your back against the headboard, cross your legs into a yoga position, hands cupping each knee. And do. Not. Move.” 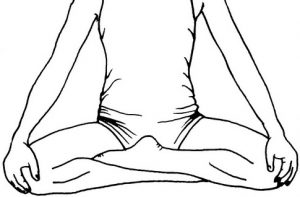 He looked at me horrified and I laughed heartily and patted his bare ass to get up on that bed already.

By now, all 4 folks were on the bed, my subby boy being the 5th, and the initial folks were already groping each other, tweaking nipples, leaning over and kissing one or the other. The energy was just beginning to build.

Sitting against the headboard, men and women bumped into my boy; feet accidentally kicking him, hands grabbing the sheets right under his calf, and hair slung onto his inner thighs. I giggled when I saw cunt-soaked hands absently laying on his hands that remained stock still on his knees (as I had directed). 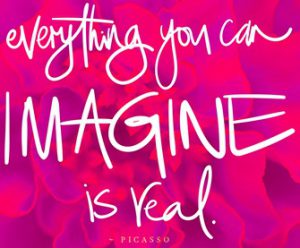 One of my favorite images was when the woman with the rainbow cock in her harness fucked a man who, on hands and knees, laid his head in my boy’s lap… mmmh, mmmh, mmmh… shoving him up against the headboard in a lovely rhythm that would make any drummer proud.

Oh, and then there were the heavy scents that wafted around the entire room… essence of sweat and sweet cunny juices combined to create a perfume of feral sexuality.

But it was the sounds that drew the crowd.

O’, the music of ecstasy! Moans, grunts and soaring orgasm melodies melded together, creating an amazing chorus of joyous harmonies.

I considered, several times, allowing my boy to join in the fray. In the end though, I decided that wasn’t going to happen. I wanted him to learn patience and self-restraint. If he was able to demonstrate forbearance this trip, he would be well-rewarded at a future date.

Perhaps, even, the very next Sex Party.