When I was 18, I had a gay boyfriend. He craved sucking cock and, not knowing how to fulfill that, we went to the local lake downtown and walked around looking for men for him to pleasure. He was very shy, so I was the one who approached the men, asking, “Do you want to get off?” and if they did, they would come with me to where my boyfriend was waiting behind a tree. As my boyfriend unzipped the man’s pants, I sat down right next to them and watched as things unfolded. He would kneel in the grass (or dirt) and pull out a sometimes rigid cock and put it in his mouth, bobbing up and down until the man came, when he would swallow all that cum he offered. Then the man would zip up and go back to his car to, probably, go home to his wife and kids.

This experience… public sex, soliciting (even for no money), unprotected sex and not knowing the person at all… was rife with danger.

And, I know, danger can be an amazing aphrodisiac.

When one has sex today, there can be serious consequences. Of course, it is less than sexy to talk about, but in the name of true consensuality, we need to discuss it.

I’ve talked to men who have a compulsion for exposing themselves in public. Whether they sit on park benches and open their coats when a lady walks by or sit in their car in their panties while in the high school carpool lane, these behaviors are extremely risky and can have dire consequences if caught. A few of the guys have already been caught, and some arrested (some more than once!) and I’ve encouraged them to please find help with that compulsion. It is simply too risky to continue.

Of course, there is the risk of STDs and HIV/AIDS, especially when having sex with strange men and eating others’ ejaculate. When I talk to you guys who do these things, I ask that you make an INFORMED DECISION to do so. You know what you are getting into and, as long as you do, then go for it! I do encourage every six-month testing as well.

As a Domme, I am often asked to humiliate men and women. Some really love to be humiliated in public… like pissing in a pair of Depends in Target and hoping they leak, embarrassing them greatly. To me, this is part of the non-consensuality aspect I don’t ascribe to and I won’t send someone to do that sort of thing out in public.

Now, if you need some panties and a bra, sending you to Victoria’s Secret is a totally different thing! The salesgirls are used to you Sissies, but it’s still incredibly embarrassing to ask for help, be measured and to buy the lingerie, isn’t it? (Good!) 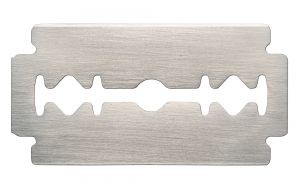 I love anonymous sex. I have sex with strangers at Play and Sex Parties. I never use a condom. (Edited! I do use condoms, but they are not usually my choice to use them.) But, I know the risk and choose to experience the razor’s edge of danger; it turns me on!

We all have to figure out the risk and benefit of potentially dangerous behaviors.

I want this to be a discussion, not a speech. Tell me, even anonymously if you want, how YOU balance that risk of danger versus thrilling behaviors. If you don’t want to put anything here, email me and I will quote you without your name.

I think this is an important topic and really do want to keep talking about it.