The Precariousness of Hormones

I’ve been asked many times by a Sissy if she should have been born with female genitalia.

Gender is so complicated, it is difficult to answer with a yes or no. I usually ask, “Do you feel like a girl/woman?” and that answer alone can let the person know if they, perhaps, should have been born with different genitalia. Scientists around the world study this issue, so talking to me, a non-scientist, you will get one lay person’s thoughts and ideas.

But look at this! A community in the Dominican Republic where girls are born and then they change to boys with puberty.

“The rare genetic disorder occurs because of a missing enzyme which prevents the production of a specific form of the male sex hormone – dihydro-testosterone – in the womb.

All babies in the womb, whether male or female, have internal glands known as gonads and a small bump between their legs called a tubercle. At around eight weeks, male babies who carry the Y chromosome start to produce dihydro-testosterone in large amounts, which turns the tubercle into a penis. For females, the tubercle becomes a clitoris.

But some male babies are missing the enzyme 5-α-reductase which triggers the hormone surge, so they appear to be born female with no testes and what appears to be a vagina. It is not until puberty, when another huge surge of testosterone is produced, that the male reproductive organs emerge. What should have happened in the womb happens around 12 years later. Their voices deepen and they finally grow a penis.”

How Does This Relate to You?

Reading around the Internet about this, some scientists think this is a freak of nature, but others think it is a variation that corrects itself with time. What about those of you born with boy parts but know you are really girls? Did something go wrong when you were inside your mom? Did some hormones that were supposed to flow not flow? I wish there was a simple answer for you. I think it will be a couple three more decades before we know more about the hormones that affect gender selection.

I shared this so you would see there are variations that happen around the world. The article says the same thing happens in other places, too. 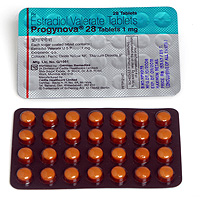 Hormones are amazing things! If you have male parts but feel you are a woman, taking hormones can begin the corrective process. The women I know on hormones love them, saying they finally begin to feel normal in their skin, long before any surgical changes even happen. You would see an endocrinologist for hormones and I am glad to help you find a trans*-friendly endo in your area.

We could talk about hormones all day long and barely scratch the surface. But I found this article so amazing, demonstrating just how precarious our hormones are in our bodies. Fascinating!